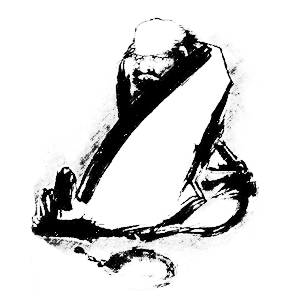 When you got to be in my age all you have left is bright clothes and BS. That is what I have and that is what you need from me, otherwise I would have something else but I don’t, you do.

I am an old man, and as my luck I have a good memory on the things past and I have a great unclarity about the things present. Sometimes I do not even know if what I am thinking are my own thoughts or someone else’s, someone I used to know in my life.

I had a long life and have went through the years studying different things, too many to recollect them all. I met many people, too many to remember them all, but all their thoughts and all books I read, as well as the things I studied, got mixed in my head in what I can still consider as myself.

I taught many people and wrote some books to transmit what I thought to even more people, but all these ways I tried, apparently, are not the ways that work. They do not have any effect on people. Even some people think that they have impact on their lives, they do not. People cannot be changed because of all these things I did in my life. People can get changed only if they want it.

I can change myself and you can do it. If you need that change, then, it may help other people to make their next change the way they want, similar to what you did to yourself or even something new. You cannot change them, but they will change if you change yourself. It is a chain.

Some time ago I thought about what would happen if we, you and me, would talk to all of them, to all those people, from the other side. If we would talk to them with their inner voice, the same way they talk to themselves every day. If they would consider this inner voice as a part of themselves, could they then change themselves faster? I thought about that way, but can we move faster that simple? I do not have an answer.

Do you think they, all these big people did it on they own? All of them had something else. I can be something else for you if you want. May be it is not as good as what they had, but that may work. If this is not enough, you can always find someone else who can help, someone who will be someone else for you. Finally you have the whole world, and do not argue, you do have, but remember whatever I will say to you today is a plagiat!

Yes, I stole it from someone else to give it to you. There is nothing that is mine here. Overall there is nothing that is mine. I stole everything to have it for a while. I borrowed all the things I have in my life. Just like you, I borrowed it for a short time. Today I am going to say these obvious things one more time and I have to keep in mind, your mind, that these things are neither mine or yours. They are just the way they are and belong to none one and, thus, they belong to everyone.

All these things have been said too many times in too many different ways to repeat them again and there are only two reasons why I have to do it: your reason and my reason. My reason is that I met a man long time ago, when I was young and years after I met him again. He asked me to tell you what I told him when I was young. I said to him that I cannot say anything new, that everything is just the same and I am sure that he knew just what and how to say. Still, somehow he wants me to tell this to you. That is my reason. Your reason is what you have to find here.

People can live in different states and people can say different things about themselves. People can say that some people are living half sleep and others are living while being half dead, but just a few people are living being fully alive. Do you know why just a few? I do not know either. People can say and believe whatever they want. Some people would call different states of living an inability to “perceive reality” and that is why living is like a “waking sleep”. Someone actually said that “man lives his life in sleep, and in sleep he dies”. Someone else said that “man spends his whole life to finally awake and die”. People can say whatever they want. Saying things is just saying things, but only making sense we can change them.

Man can live in many states. Man can imagine but he cannot perceive reality by the ways that man defined by himself as a perceiver. As soon as he put himself in the center of his Universe, everything that he perceives, that becomes something else and has no clear relation to him. All other things became unreal, but it is impossible to perceive unreal reality, there is no such thing as “unreal reality”.

Reality is when man and everything else are altogether, when man does not separate his inside from his outside. In this case he can perceive and none one can say that he has inborn “inability to perceive reality”. May be except those who just want to say things, but that is the only case when man can perceive things not in subjective perspective but in their actual value. That is the only case when things are real and man is real too.

“Unconscious people” or “walking sleep” after middle age, our equator of life, is socially normal behavior. If people do what they can do on their own, they become attached to their skills and their simple acts. Soon, they lose flexibility in thinking as well as flexibility in their movements. They start to behave like a robots or insects. They initiate conflicts small and big in that time of their life. Not earlier when they want to fight, not later when they know how to fight and how to win, but at that time in between. People initiate conflicts and kill each other only when do not want to fight and do not know how to win.

People who understand “That” deeper than their minds can get, whoever they are, know only that one thing. They know how they think, how they perceive. It is not that hard, you just have to do only one thing – you have to think. If you do, you already know. If you do, you already know two things: you and everything else, but you need them both in one. That is the hardest partt for the most of us to get and to live with.

The man I met time ago said that I can tell you the things that I told him, but honestly there is nothing else that I can tell. I can only tell you about the way you can think. I cannot even teach you how to think. I can tell you only the way I did it throughout my whole life and that is the only way I can clear up your own thinking. If that is enough you can see what you need and you will see what is going to be next for you. That is the only thing I can do for you, but that is good enough.

You have another option. You can go and ask for help others, but there are no others who can help you to find your own path and your own balance and your own way to think. Balance between you and everything else cannot be given. All teachers, schools, and practices you know use your big ego to help you to “improve yourself” and not your interaction with everything that is around. They help you to maintain your ego allowing to ignore the things that around you. They need your ego to support their egos. Even when it is not about your money or control over your mind, it is always about ego, their egos and your ego. That path is endless, but that is the only path you have outside.

All available practices have been designed to please your ego. These practices that are designed for the “purpose” you do not know and you will not see and will not hear. These practices do not talk to people. People talk about them but only when they come close. As soon they know them, they do not talk, they cannot talk. Same with you, you have your interest only until you know how to use it. Then you do not need it anymore. Then, it becomes yours forever, but only if you will use it. That is why you may not need what I am saying even now.

You can improve your body, your mind, your emotions, and your connection with everything else. You can work on any combination of a few of these actions or on all of them, but your balance will not come from the outside, otherwise anyone who is strong enough could push and open that door. It never works that way you can only support your balance on your own, that door can be only opened from the inside. Your internal purpose is what is making that balance when your body, your mind, your emotions follow out of the grid where you and everything else including me are the same.

Door of happiness can be only opened from the inside and that is where we go. Nothing else I can say and even the other few  things that I have to tell you, they  will all represent your patterns but not your sense.